By BarriePublished On: July 16, 2018Comments Off on Castles and Wine-Tasting! 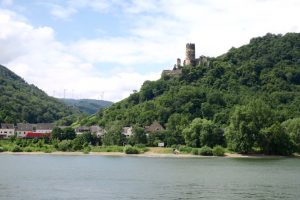 I have toyed with the idea of a Rhine cruise for many years. Photographs of the Rhine always feature blue sky, beautiful castles and smiling faces. And no long haul flights to get there. And at last, we’ve done it! 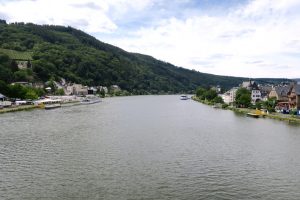 So what did we find? Blue skies, beautiful castles and smiling faces. We cruised for just one week, mooring at places where castles, wineries or other attractions were on hand. 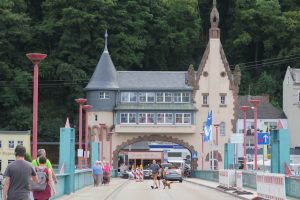 The wines were typically German. The majority were dry and white, a minority dry and sweet, and a small number of dryish reds. After the first tasting, there was not much new, as far as the wines were concerned, but the speakers at each were knowledgeable and engaging. At our fourth and final tasting, the speaker was called Adolf (his real name), and he managed to include the phrase, “Don’t mention the war”, as well as giving a quick Nazi salute. Maybe he had had a glass or three. 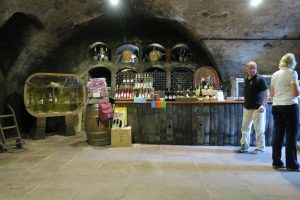 The castles were spectacular, and occupied commanding positions overlooking the river. The cost of construction, and usually of restoration, must have been phenomenal. 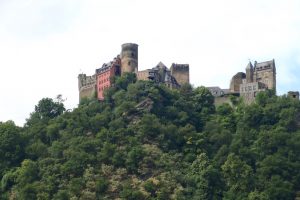 Smiling faces? We met some lovely people, and that was another of the positive and memorable aspects of our short holiday. There was no ‘free seating’ arrangement in the ship’s restaurant, and we found ourselves with Pauline and Ken, and two sisters, Tina and Gill. Our backgrounds and personalities were varied. Each had travelled widely. The humour was good-natured, and maybe Ken missed his vocation as a stand-up comedian. We gelled, and for one week, we were the best of friends. Now it’s over, and without having exchanged contact details, it is the unlikely we will meet up again. Sadly, Wendy and I thought we were all congregating in the lounge before disembarking, but we were called to our coach early and never managed a formal Goodbye to Tina and Gill. 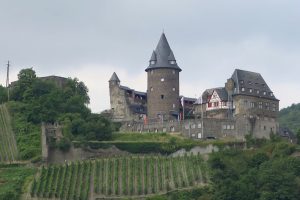 I love people and I like variety. Creation is full of variety. Look around you! Insects, flowers, birds, the stars in the sky, rainbows, mountains, fish…. Our God loves variety, and being created in the image of God, we do too. And God loves people, which is one reason the six of us enjoyed one another’s company so much last week. 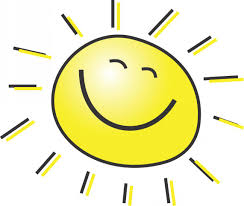 Now it’s back to the routine of being home, where people again figure prominently. We are back in contact with family – children, grandchildren, mother and others. Also, there is church family, who we miss when we are away. We enjoy one another, care for and support one another, and enjoy the One who indwells us and gives us joy. 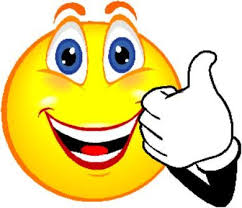 It’s good to be home, but with lovely memories. 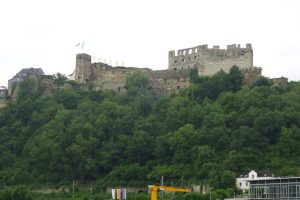 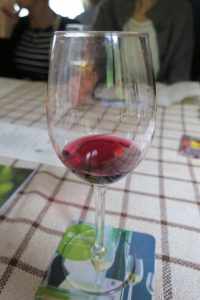